Devon and Todd had incredible Coachmens Lodge Wedding! A wonderful day with family and loved ones.

Let’s hear about Devon and Todd’s day from the two of them.

Todd has owned his Physical Therapy practice for almost 20 years and had treated Devon’s father, Ron, for a few injuries. Her father, who has very high standards, was incredibly impressed with Todd.

Fast forward to 2011. Devon had been dancing since the age of 3 and was competing on a dance team. One fateful night, Devon landed wrong while doing a jump, and felt the classic “pop” of an ACL injury.

Once Devon received the news that she had torn her ACL and her meniscus, damaged the cartilage and bruised the bone on her left knee, surgery was scheduled.

Devon went for reconstructive surgery on November 4, 2011. Upon returning home that evening, she began to endure a pain that she was certain that the human body couldn’t withstand.

Devon was supposed to start with physical therapy with Todd, the only choice after the care he had given Devon’s father, within just a few days of surgery. However, the pain was far too intense to even move.

Todd, being the incredibly dedicated and compassionate physical therapist that he is, showed up at her parents’ house to meet with Devon. It was there, in her parent’s family room, that their story began.

Devon recalls it like it was yesterday.  Todd bent down next to her while she was lying on the couch in agony and feeling hopeless.  He touched her knee and spoke gentle words to assure her that she would be ok and that he would get her back to where she wanted to be.

The journey was long, grueling, and, at times, terrifying. Todd worked with Devon, day in and day out, through the most intense pain she had ever known, to help heal her knee and her heart.

In January, still with minimal progress and increasing pain, Devon went in for a second procedure. Following that procedure, things went from bad to worse. Throughout this time, Todd remained by her side. He had become critical support for Devon and was like family now, wrapped up in the story that had consumed her life.  Eventually, Todd knew something wasn’t right and Devon needed a second opinion. He pulled strings and got her in with one of the top doctors in the country. An infection was found in her bones and two emergency surgeries were scheduled. This was, of course, an unimaginable blow.

As always, Todd remained present, strong, and by her side through this next phase of her story, giving her hope, helping her to find laughter, and providing the calm her soul needed.

Miraculously, Devon made it through the next two surgeries. After endless hours of PT, 10 weeks of IVs, leg braces, and grit, Devon made it out on the other side, thanks to Todd, her amazing parents, and the incredible support system Devon had.

So it is true, that Devon is alive because of the life-changing decisions Todd made and the care he provided her. Had it not been for Todd, she would have died from a previously scheduled exploratory surgery.  Todd kept her going and never wavered in his care and support.

Throughout this journey, Todd and Devon had come to develop a friendship and deep respect for one another. Throughout the years, Todd and Devon remained in touch, staying connected through life’s adventures, and even worked on projects together. Eventually, there was the 5th surgery, and just as before, Todd was right there to get her back on her feet and provide her with the hope she needed.

Then in 2019, out of the blue, Todd expressed his love for Devon. She remembers Todd sitting on the couch, talking about their friendship and the undeniable feeling that had developed after years and years of being friends.

Devon remembers it like it was yesterday.  Todd said, “Devon, I love your soul.” With tears in her eyes, Devon told Todd that he was looking at her the way her dad looks at her mom, a way that only appears when true love is present. It was at that moment, that Devon knew she had found her soul mate.

Their “Love Story” began that day, January 29, 2019. Suddenly, everything in Devon’s life made sense, most especially the path she took and the pain she endured.

Devon is rooted in faith and always believed, that everything happens for a reason. She needed to endure all that she did so that she and Todd would be brought together.  Though, Devon’s mom, Kathy, says it was her IT band that brought them together, while her Dad, Ron, says it was his ankle… or maybe it was just destiny.

The pain had to be as intense as it was so that they could each see each other’s strength, each other’s character, and how perfectly designed they are for each other.

Todd and Devon planned a trip to one of their favorite spots, Punta Cana, for April 2021. Without Devon knowing anything, Todd contacted the management team at the resort to begin coordinating the ultimate proposal. Todd planned a photo session for he and Devon, which he told Devon about on the day it was going to happen. Todd is very romantic and spontaneous, so this was all very typically Todd and Devon suspected nothing. They had a full photo shoot on the gorgeous beach in Punta Cana. Todd then led Devon toward the other end of the beach, all while the photographer continued to snap pictures. Soon, Devon saw a gorgeous table set up with dozens of hot pink roses, her favorites. As Todd led her to toward the setup, she saw a beautifully illuminated “Marry Me” sign with the water as the backdrop. Todd got down on one knee and prosed. Todd had hired a videographer who appeared as he got down on one knee, and the photo shoot continued. The two enjoyed a romantic dinner on the beach following the proposal and photo shoot. It was epic and a complete surprise to Devon; she had no idea anything was coming!

The ceremony and staring into each other’s eyes, saying our vows, and becoming husband and wife. It was magical to be surrounded by our family and closest friends. The grounds and the room were breathtaking.

It was like out of a dream… filled with love, joy, and beauty all around. Time seemed to stop at various moments. The venue was the most perfect place to say, “I do.” It was an intimate experience with those we love most.

Don’t worry about the little details, enjoy the fun of planning, and focus on what matters most, that you’re getting married! Think about what matters most to you, and plan out those details in advance. Remember, what people remember most is your love…

Greg is the very best. As a photographer, he takes to time to know you and your story. Be specific with what you hope to capture, and then be open to letting the experts do what they do. They are the creative geniuses, let them do their work.

I had dreamed of a Cinderella gown since I was a little girl. It was the first dress I chose at Chryssie’s Bridal in Canton, MA. It took my breath away the second I saw it. It is feminine, sparkly, elegant, and captured all I am as a feminine and outgoing girl. I had custom sleeves designed for it to enhance it’s beauty and add it it’s elegance. I never wanted to take to take it off at each fitting. I was made to wear that gown!

Working with Greg was effortless and easy. He has a quiet way about him, which made him blend into the background so to speak, and almost not be seen. He has a clear vision and gently gives direction, ensuring all moments are captured. He took his time to get the shots he knew mattered, while also working quickly to ensure we could also enjoy our reception. He is the very best and was a joy to be around. Our family and wedding party raved about him!

We waited, and it was the best decision. The magic of that moment when we locked eyes at the aisle is something we will cherish forever. I did a first look with my dad, which is something I would recommend to anyone. It was a precious moment and experience with my dad that meant the world to both of us, and brought us both to tears.

Be yourself and be present so that your joy shines through!

I didn’t have my phone and was completely present!

Flowers by the Station: Cheryl created flowers that were complete perfection, stunning, and exactly what I had envisioned in my mind. She was creative and enhanced so many spaces by adding colorful touches. A joy to work with!
The Men of Many Hats, DJ: Easy to work with, listened to our vision, and got everyone up and dancing!!!
Rockstar Cinema Videography: The ONLY option for videography. Jeff is a master at what he does. He is kind, gentle, and so easy to work with. He directs and then creates magic!!

I wasn’t nervous about a thing!

Enjoy it and let it be fun!!

The best! A wide array of appetizers, stuffed chicken, salmon, and a roasted vegetable ravioli. Coachmen’s Lodge executes their meals with perfection! 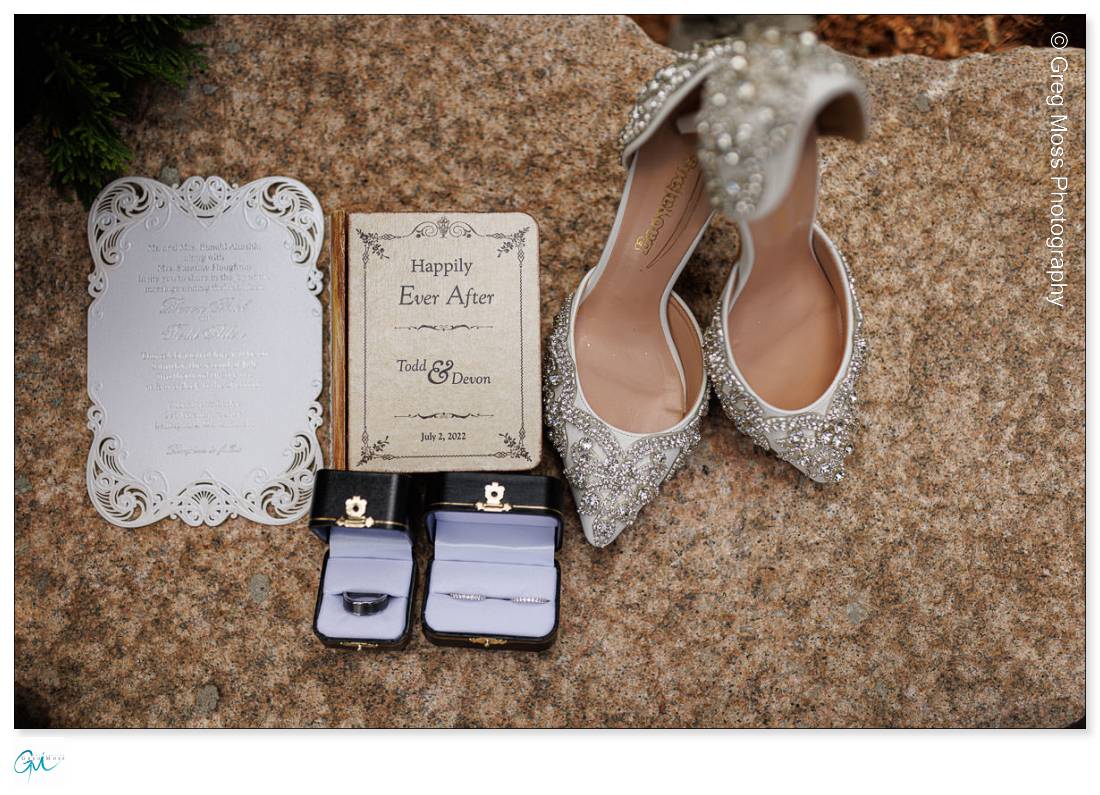 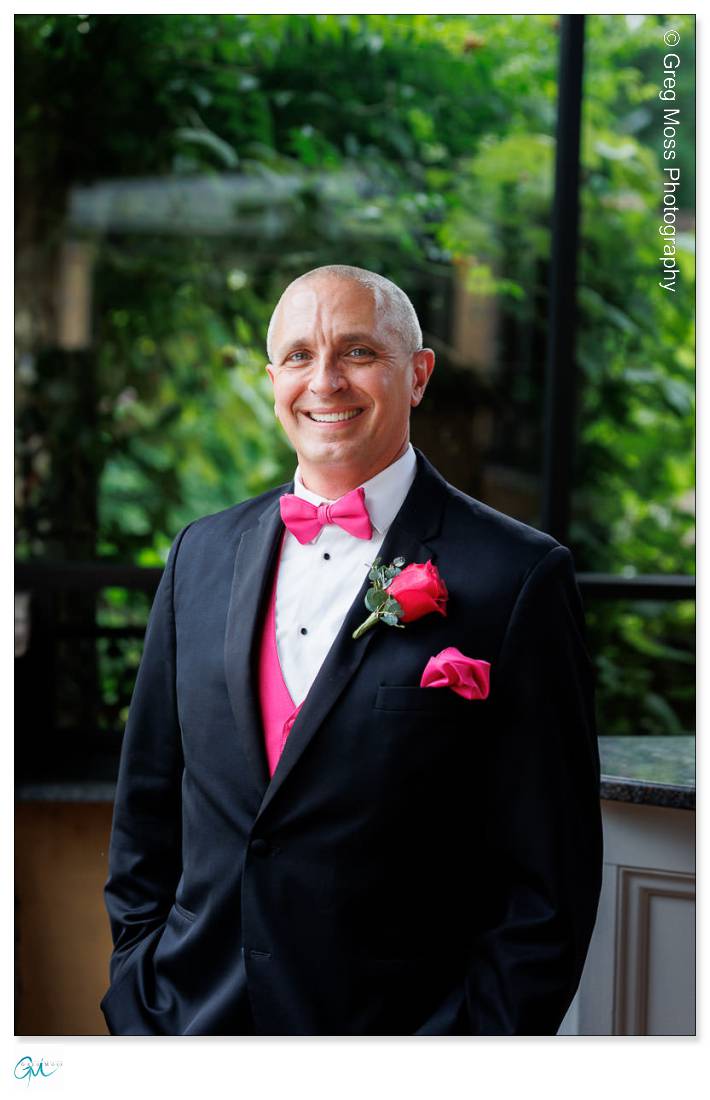 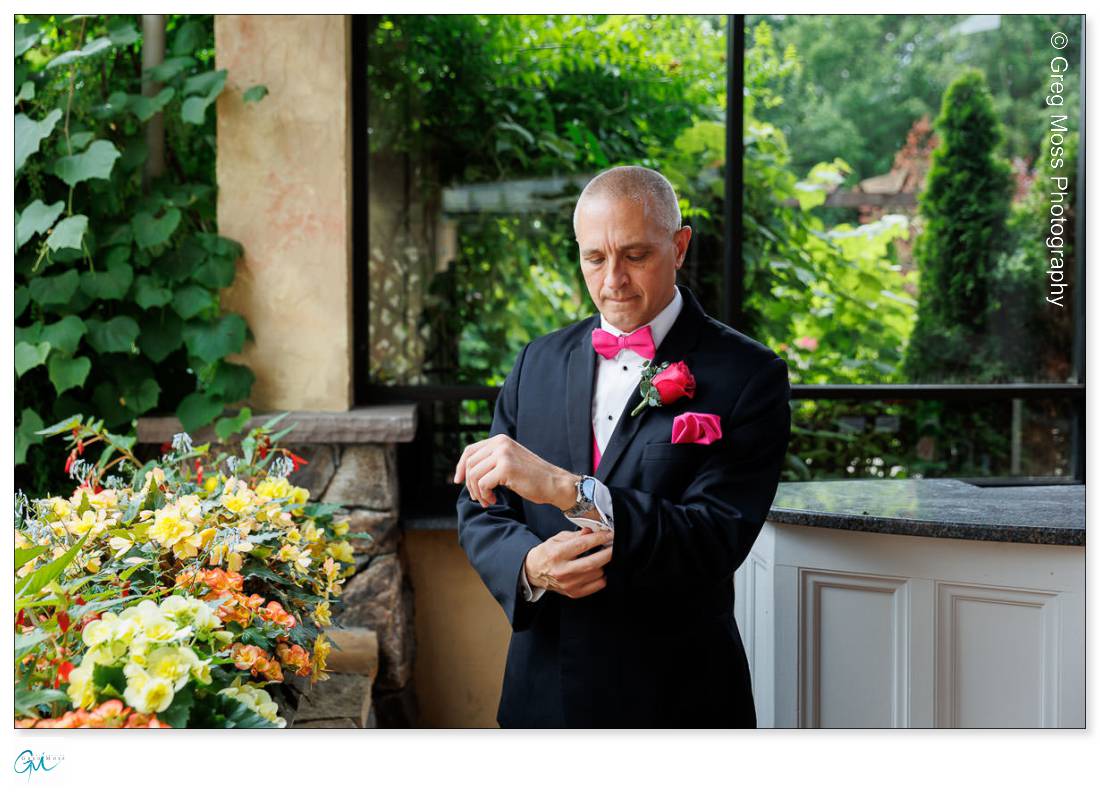 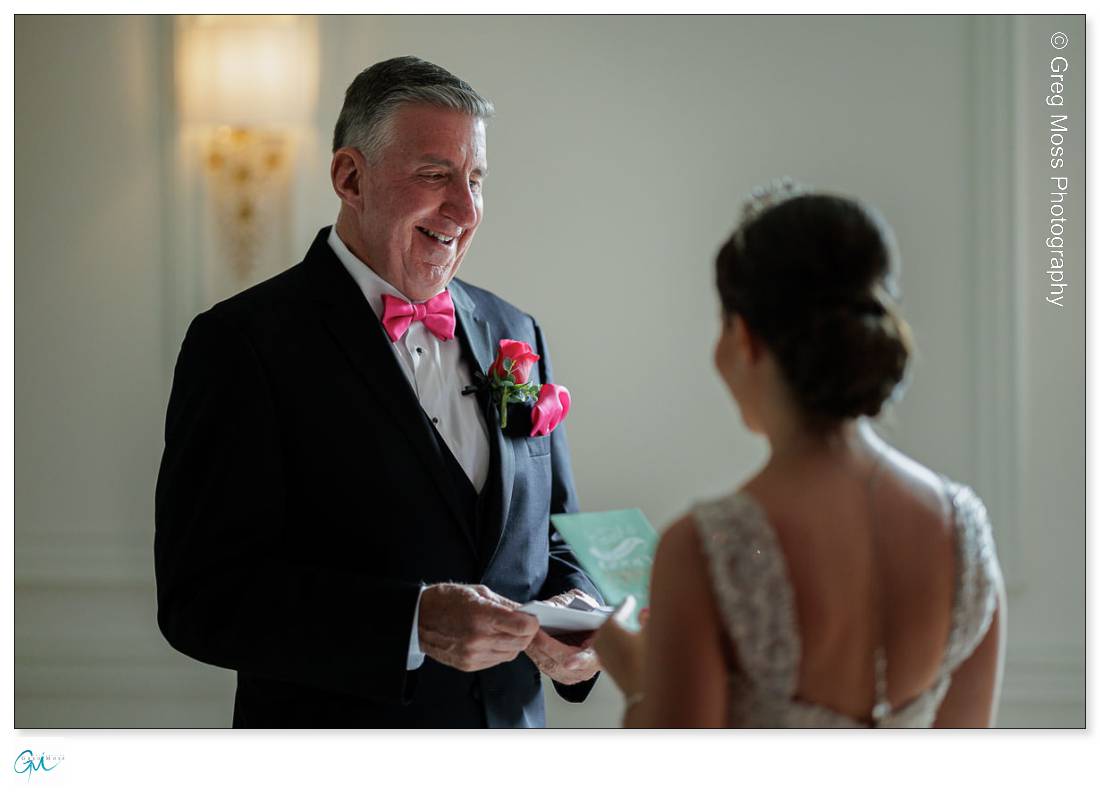 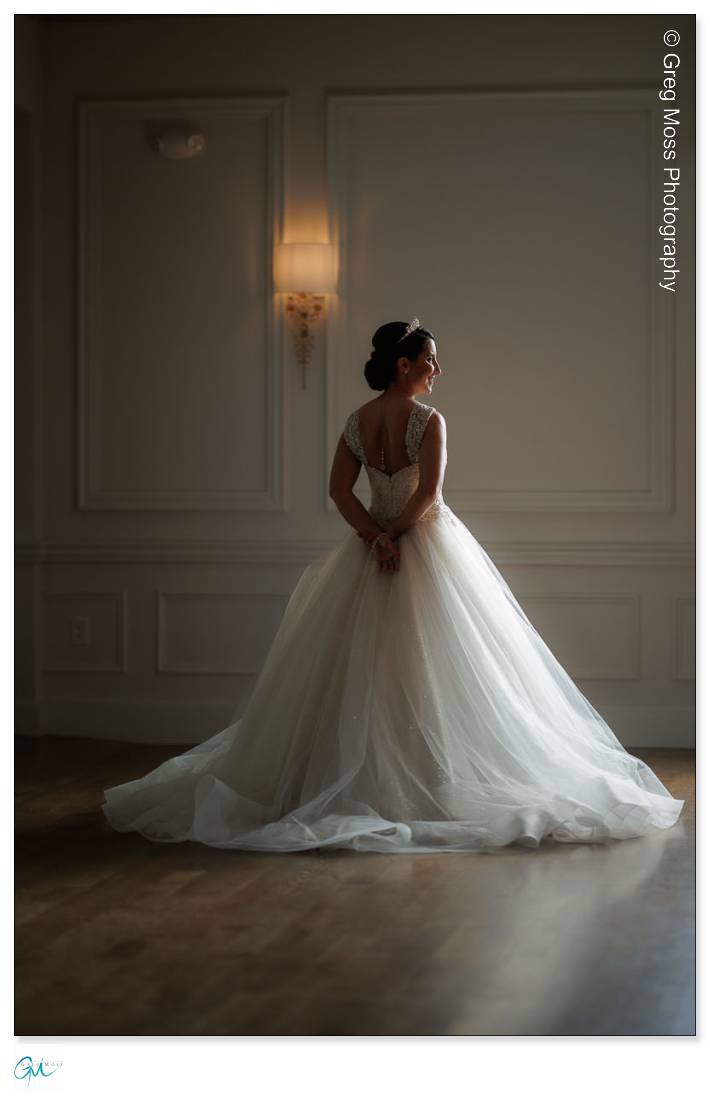 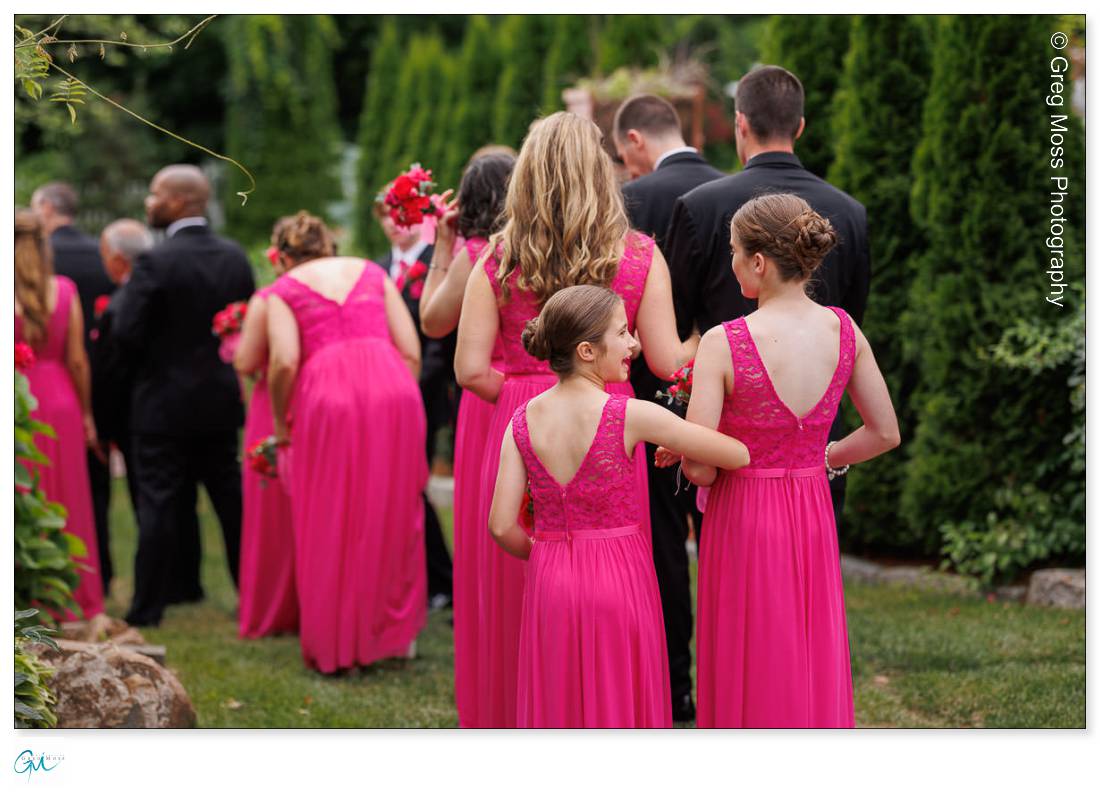 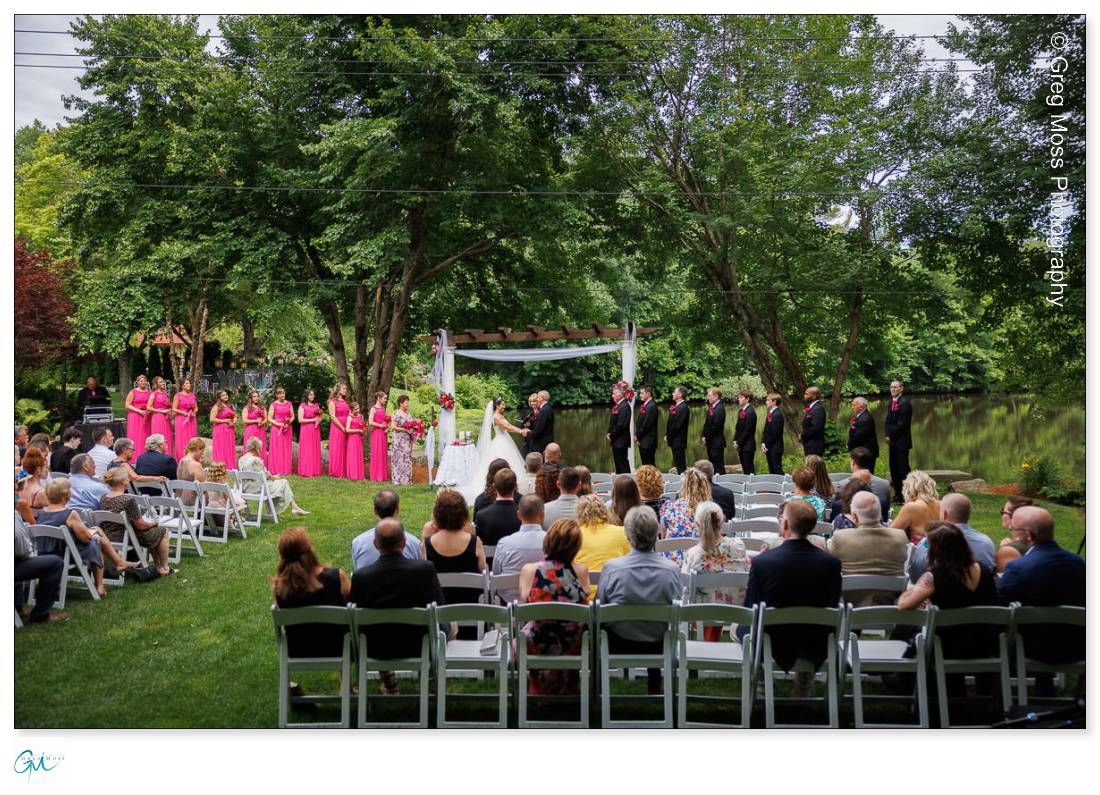 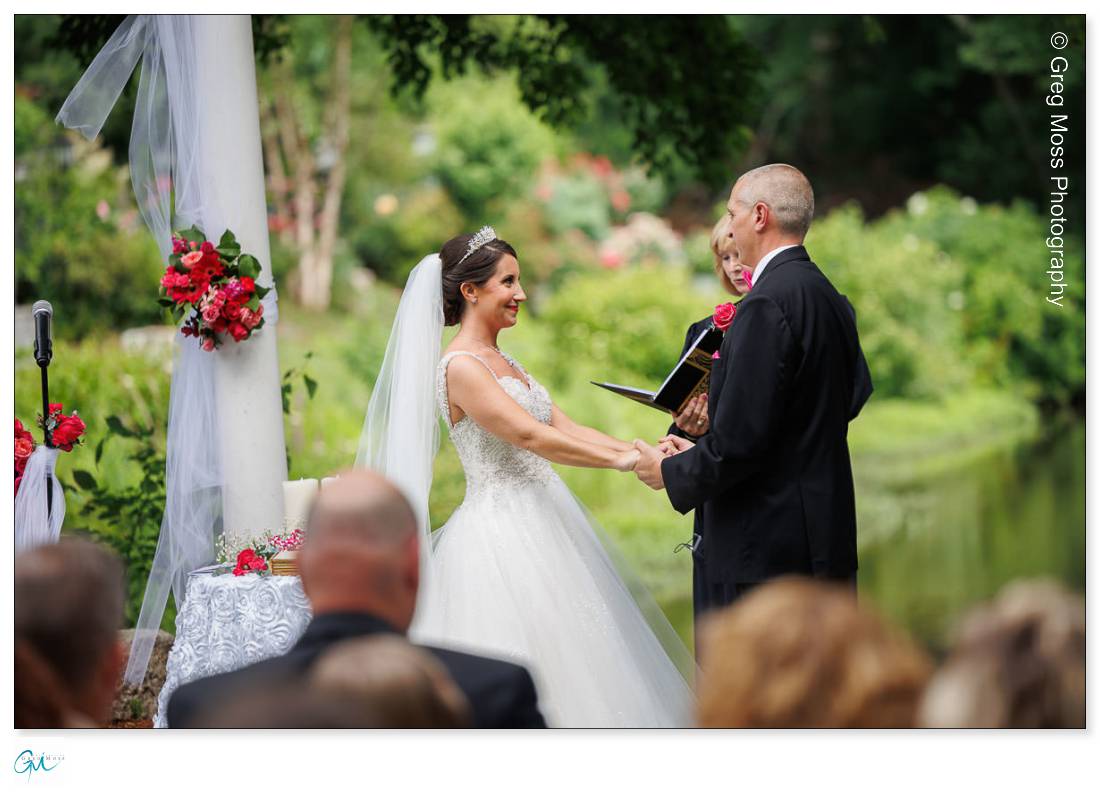 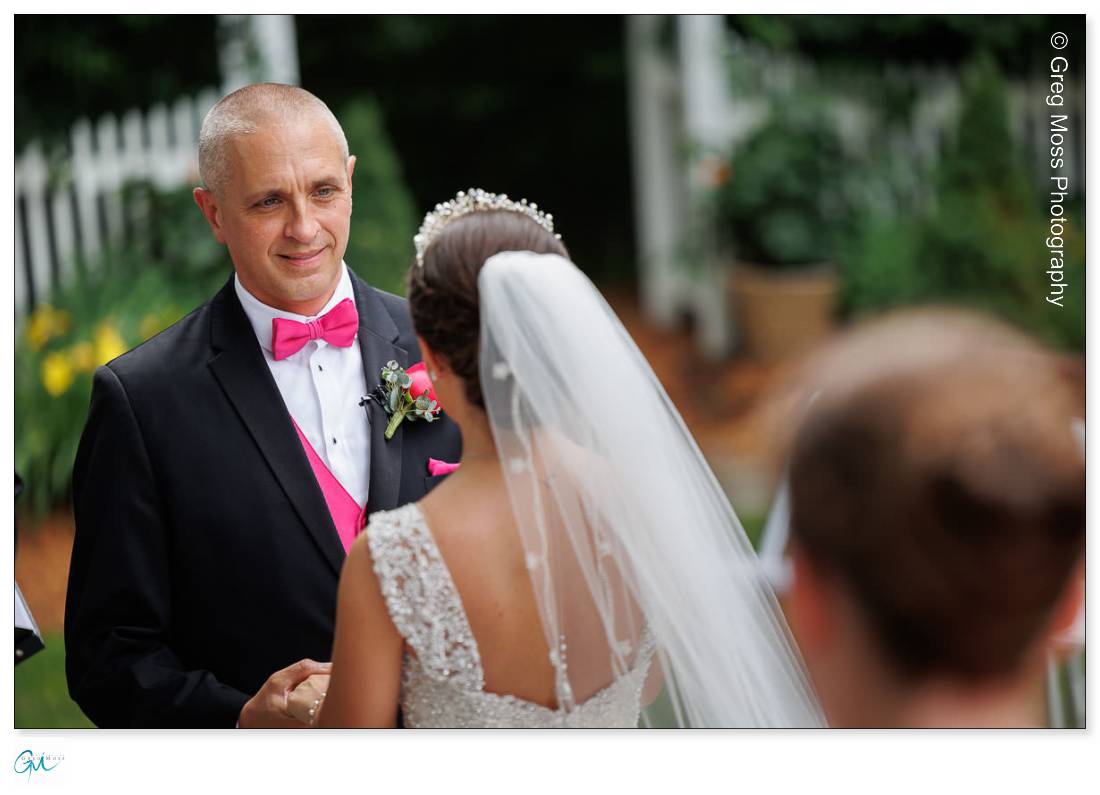 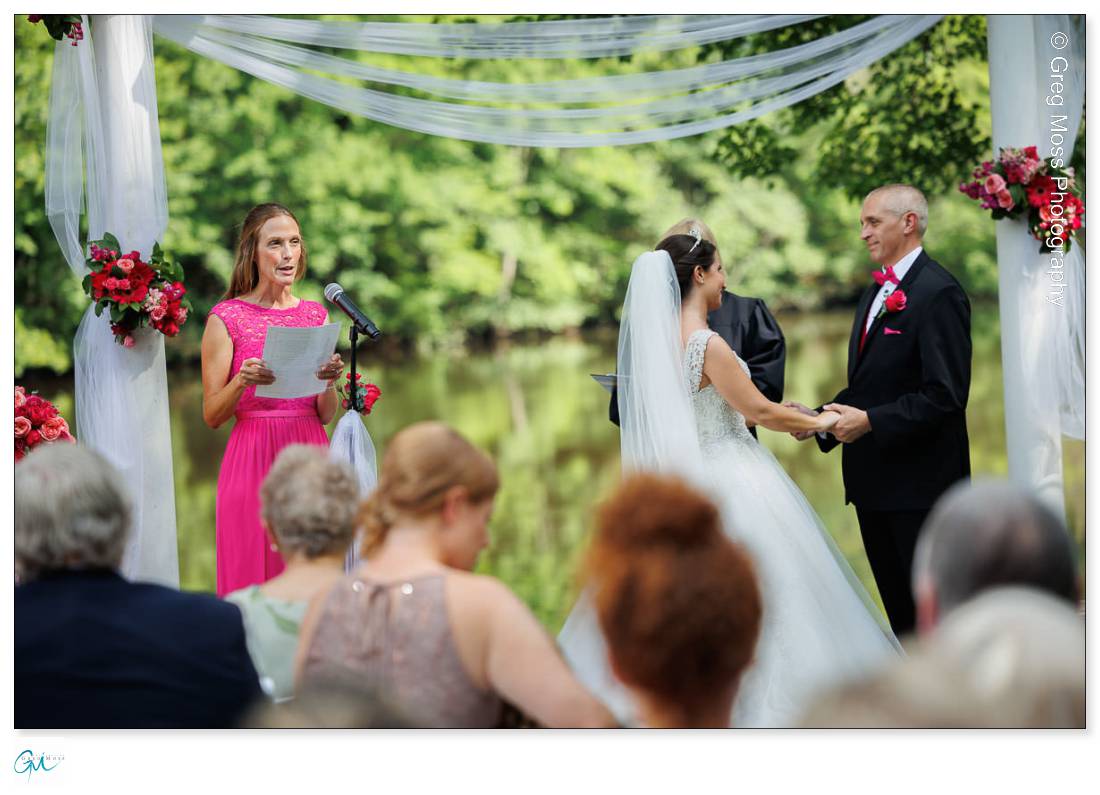 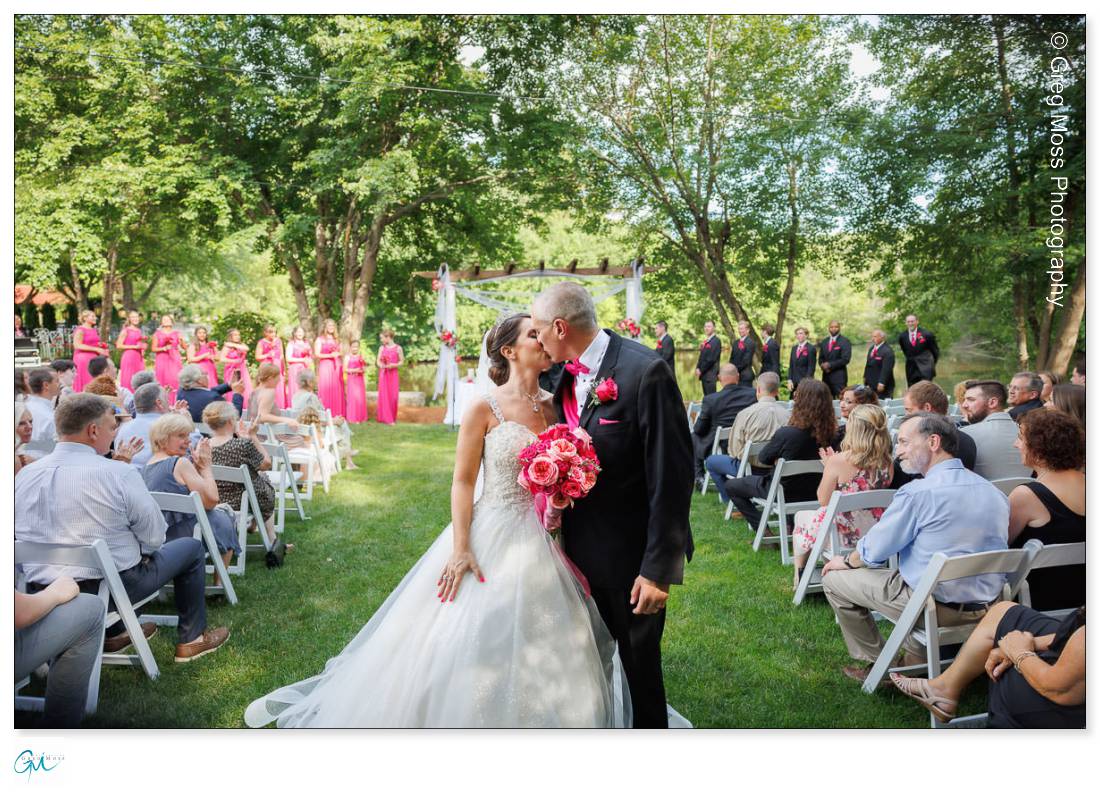 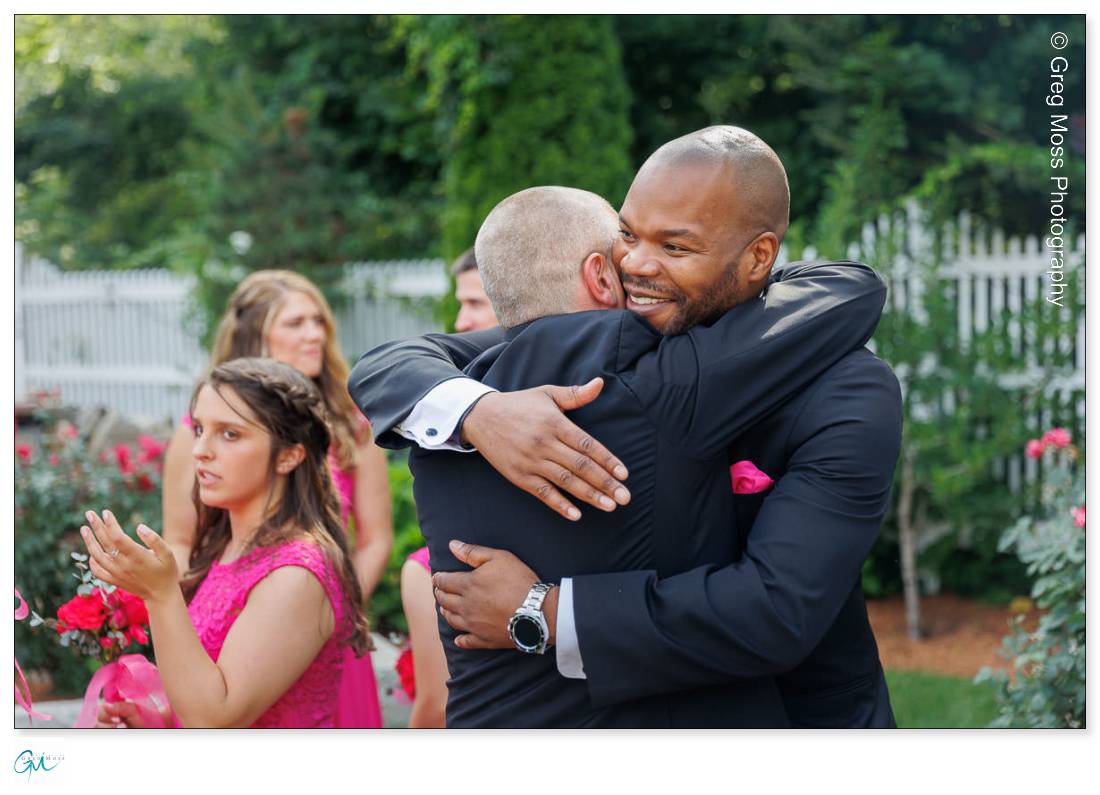 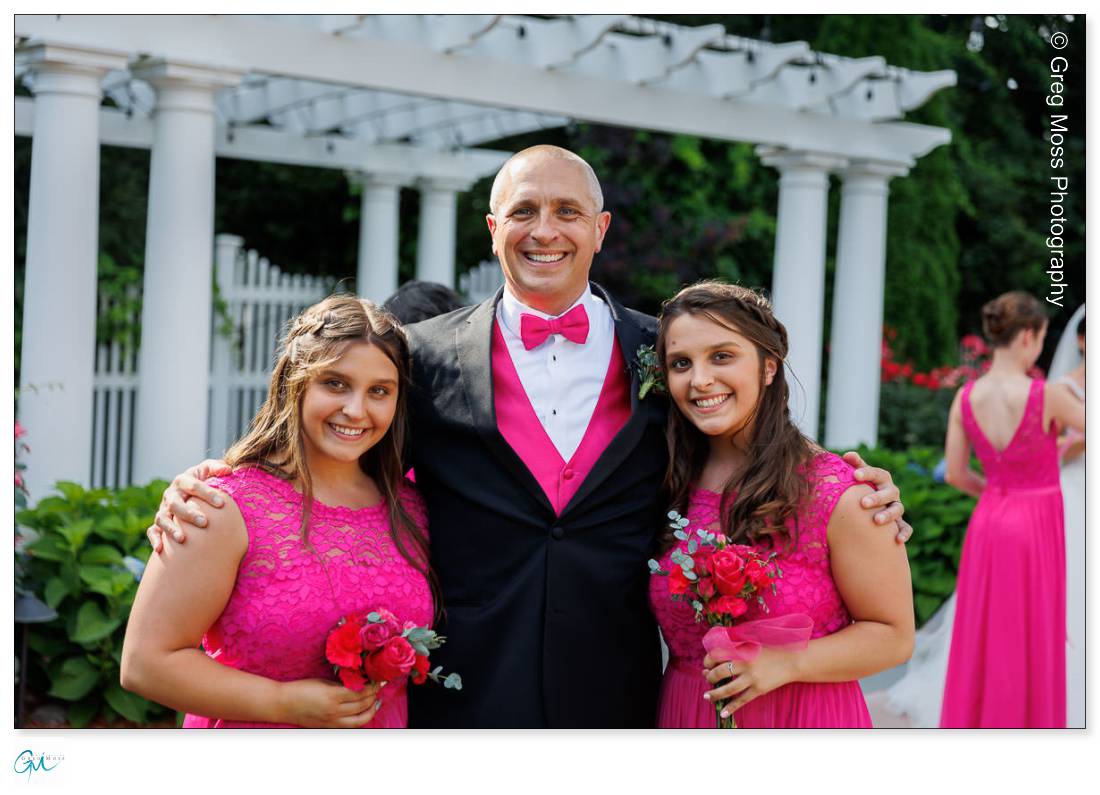 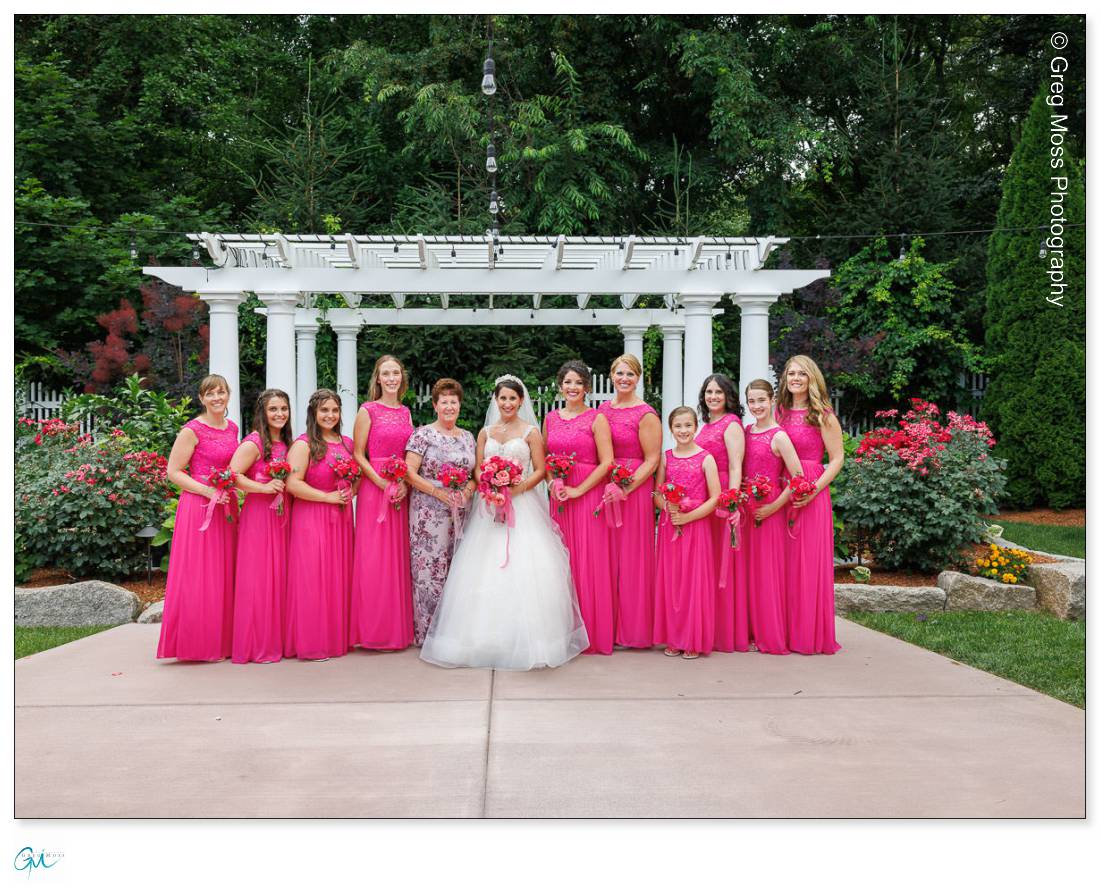 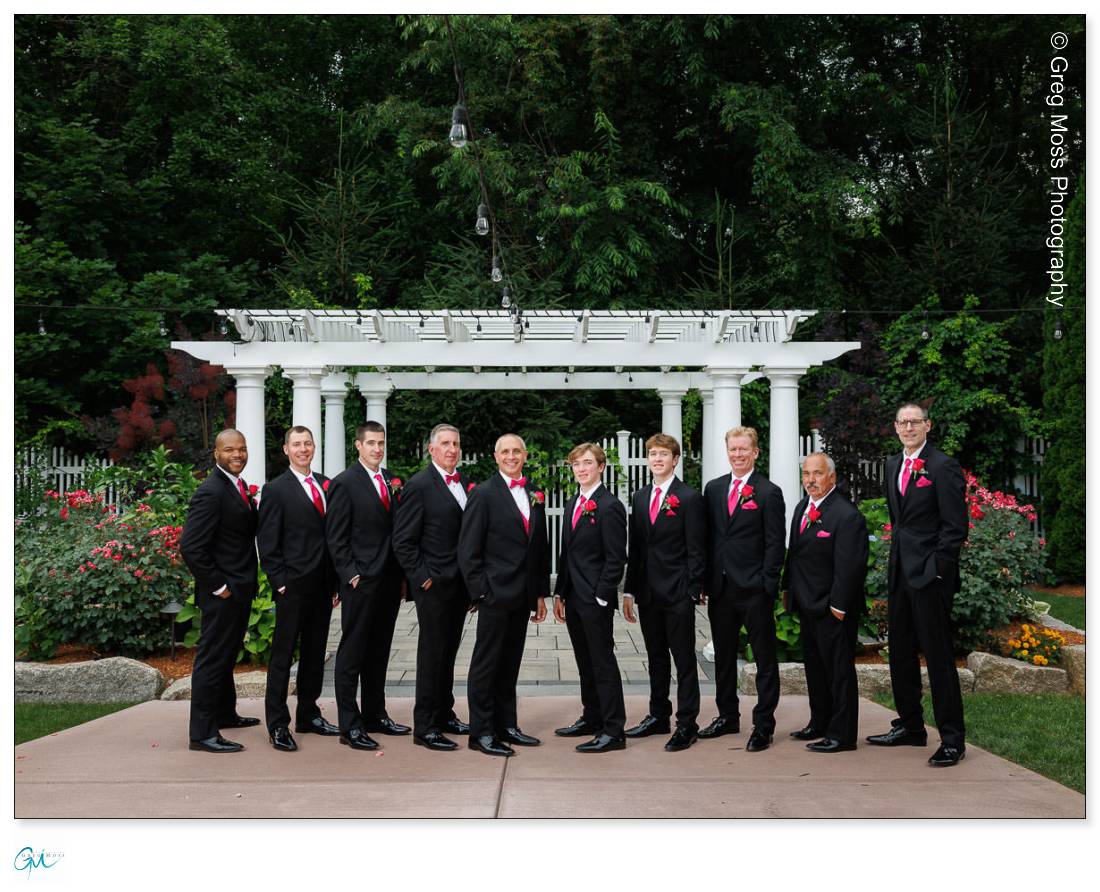 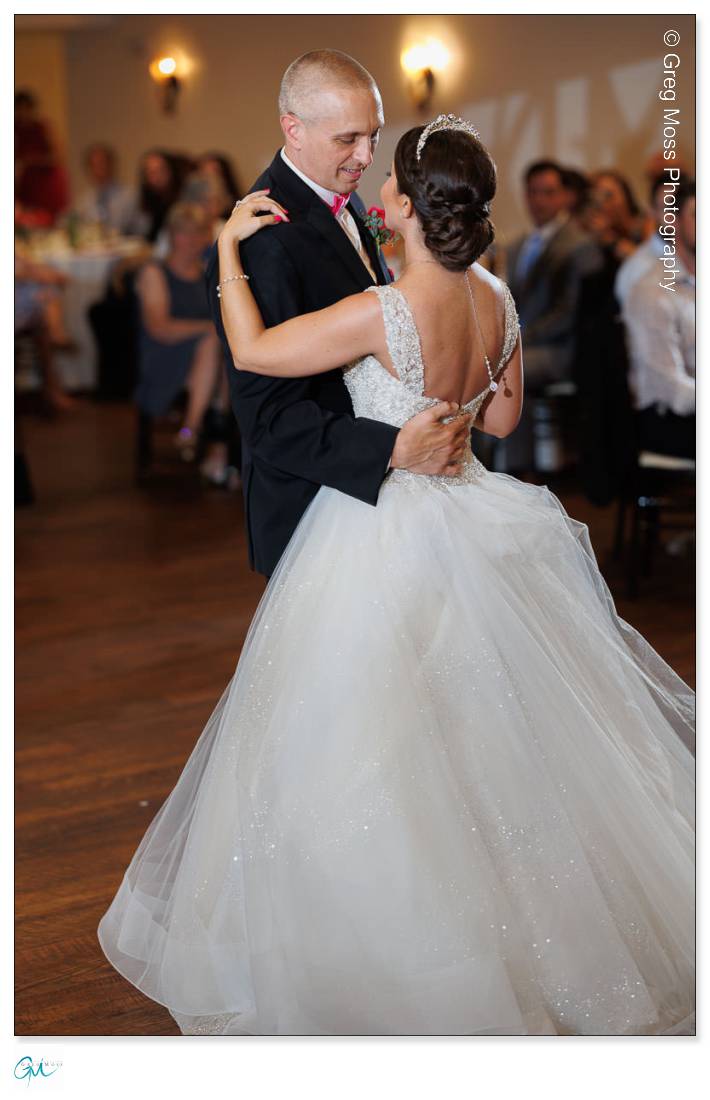 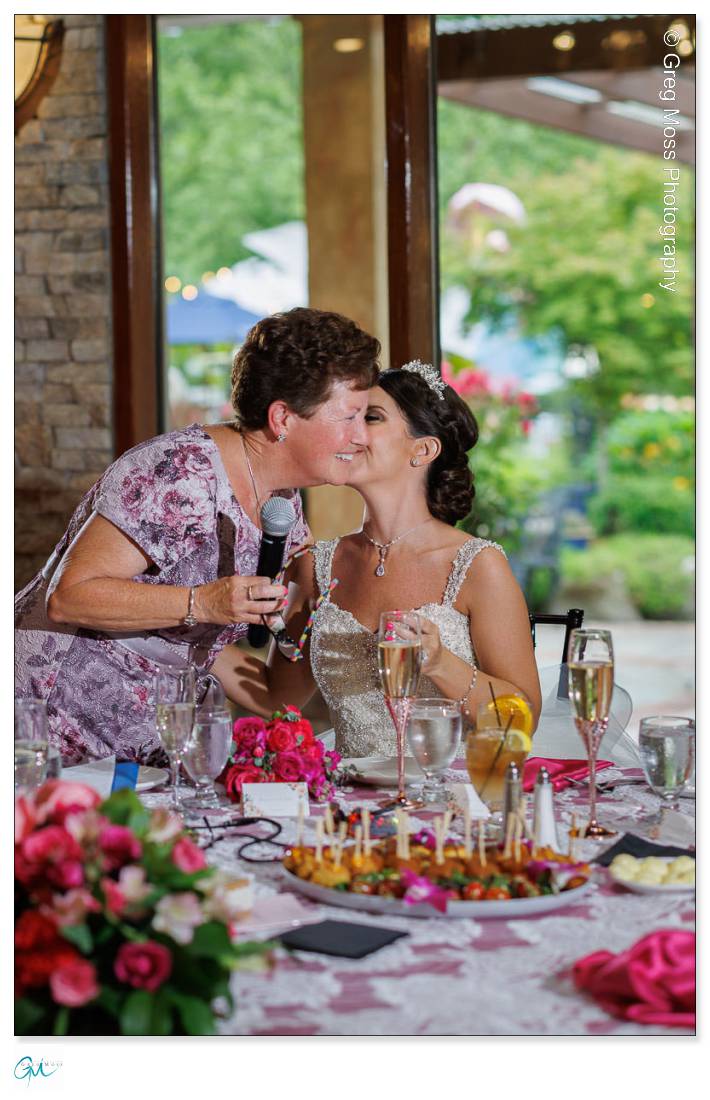 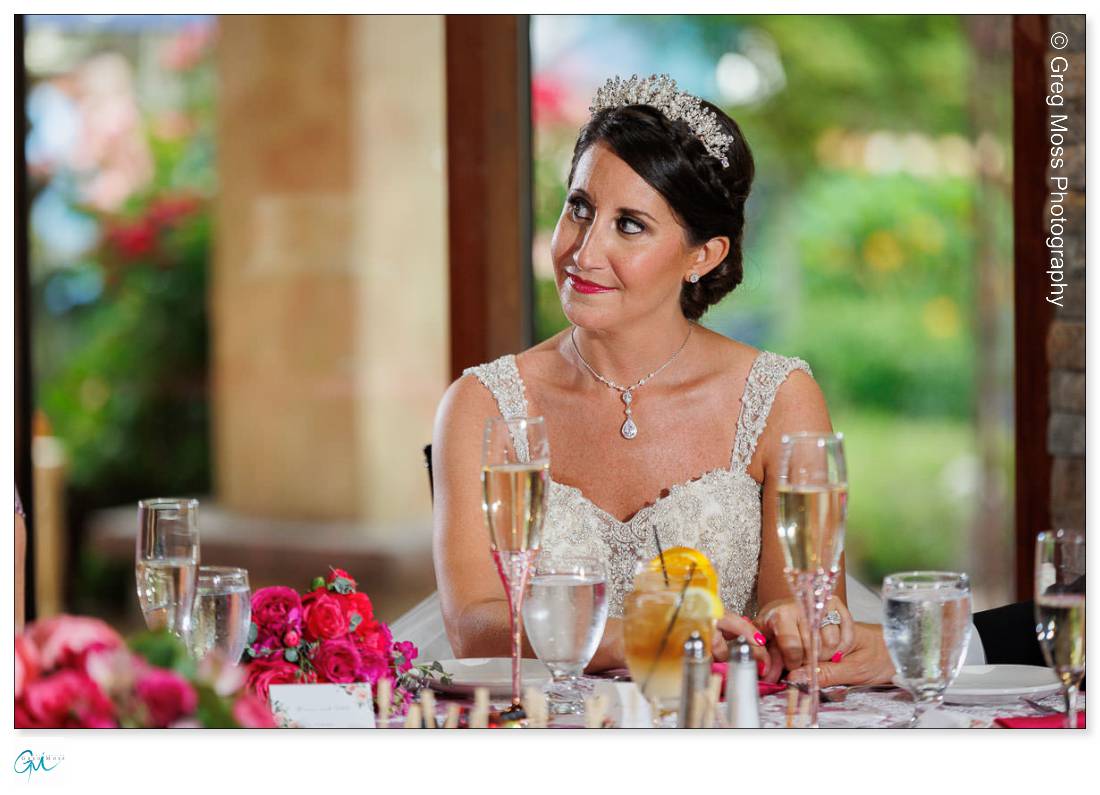 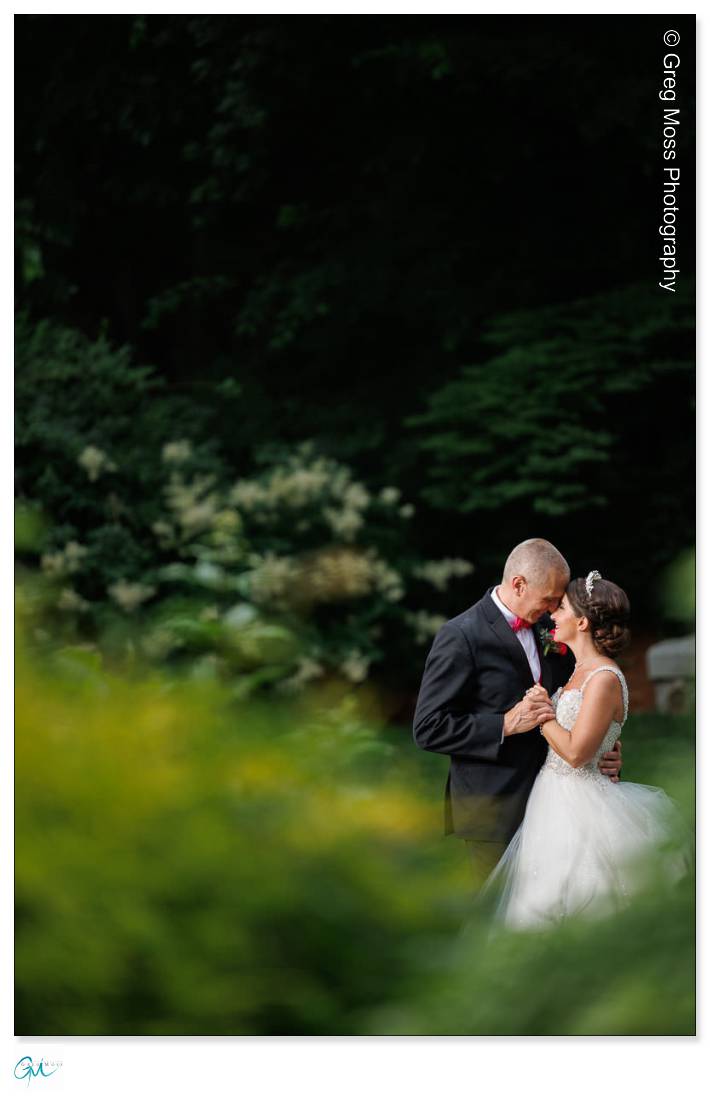 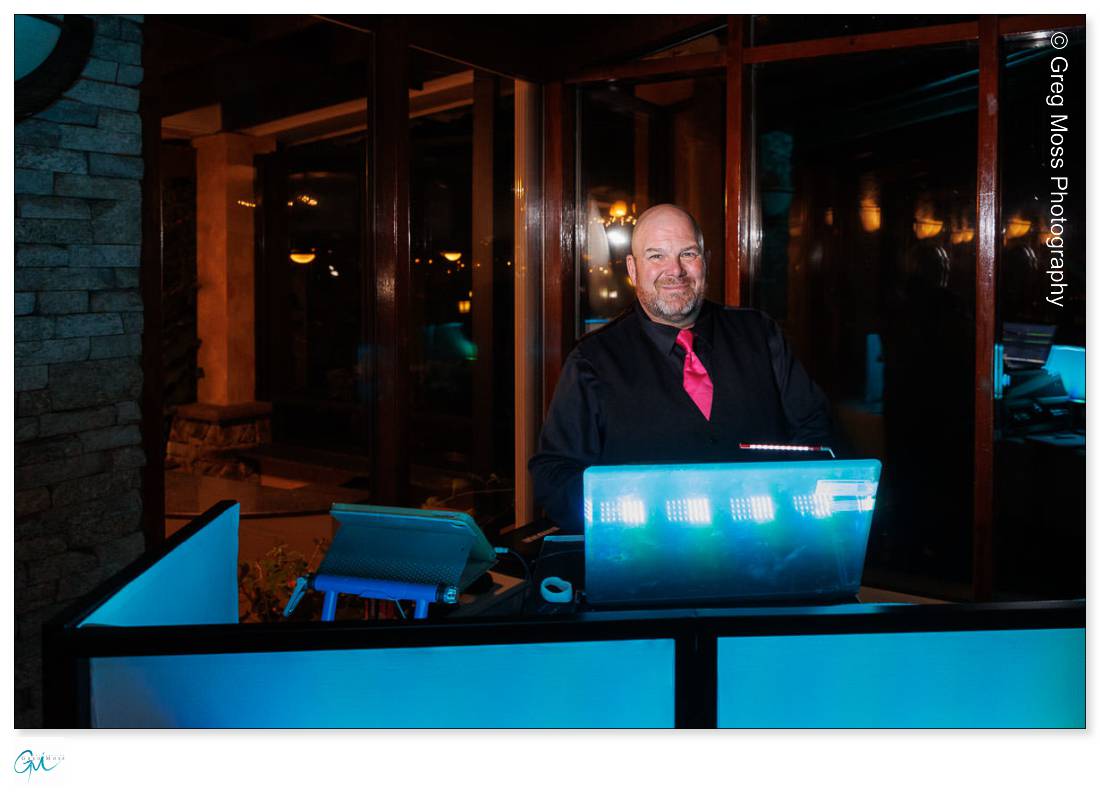 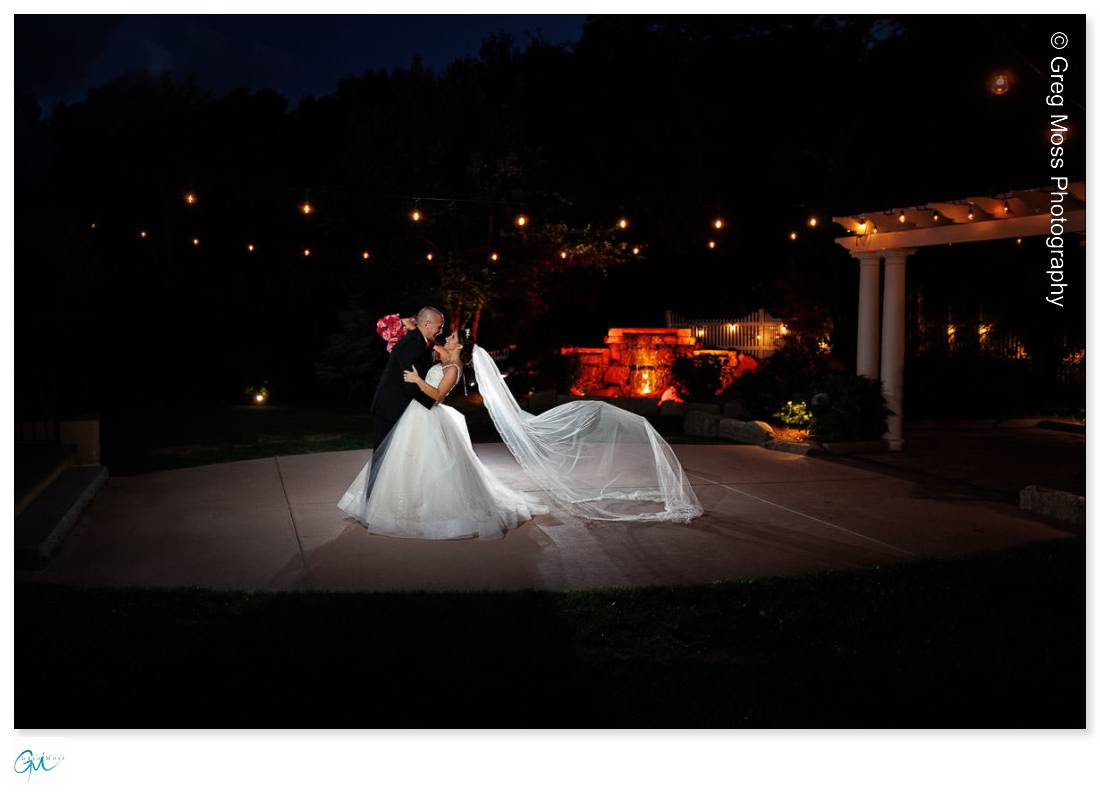 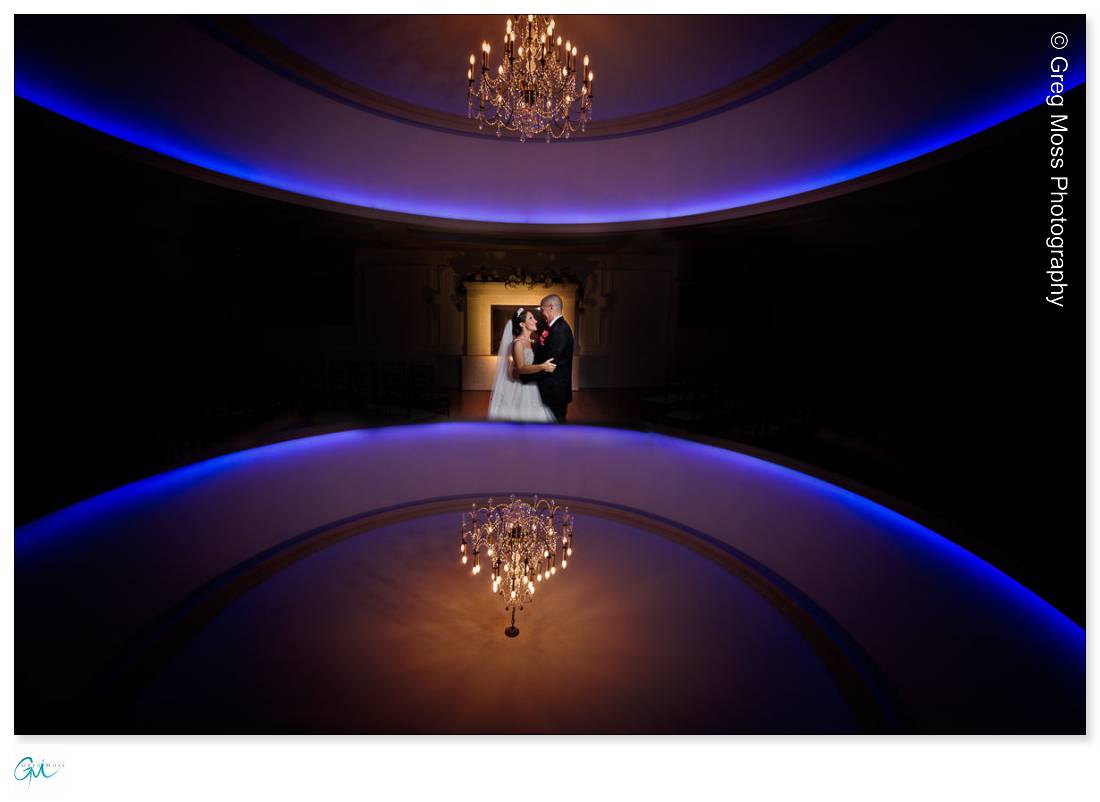